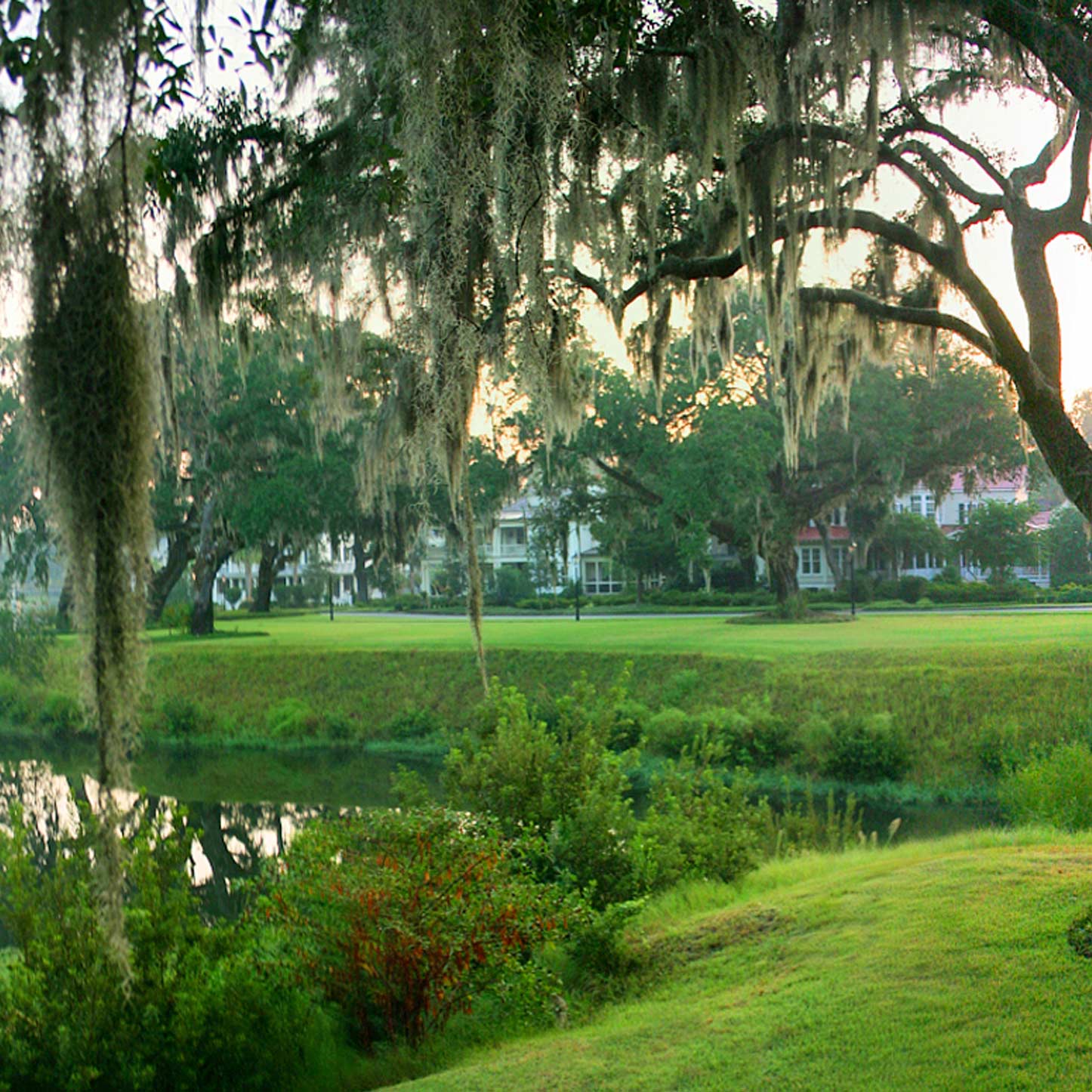 The name can be quite misleading for this iconic southern sight found draped on trees across the Southern portion of the U.S. and Central/South America. Did you know that Spanish Moss is neither from Spain nor is it actually moss?

Tillandsia Usneoides (Spanish moss) is actually an epiphytic bromeliad. Tilalandsia Usneoides, sometimes known as air plants, get their required moisture and nutrients from the rain and air AND as with most air plants, Spanish Moss does flower. Flowers are small, barely noticeable, but can be seen if you look very closely. They flower spring through fall. And they also exude a sweet fragrance at night.

Spanish moss reproduces through seed and by producing pups. Pups are genetic replicas and can form chains up to 20 feet long. Seeds are structured to be carried by the wind or creatures to a new location.

Generally, Spanish moss appears in older, more mature trees and shrubs. Because it is an epiphyte, its nourishment comes from dust and water in the air. Therefore, Spanish moss receives nutrients from older trees that are shedding dead cells.

Another common misconception about Spanish moss – it doesn’t actually kill trees! It takes nothing from the tree. Although, it can get heavy and cause some damage with its weight, especially after a rain shower.

Spanish Moss is sensitive to air pollution and is said to not grow well in areas where pollution is significant. So Spanish moss doesn’t need to be removed from the trees, and in fact plays an important ecological roll.

Many people also incorrectly believe that Spanish moss contains chiggers. After repeated attempts and experiments, entomologists have not found Chiggers in most Spanish moss. Chiggers are most commonly found in tall grasses.

**For those not native to the Lowcountry or the south…chiggers are extremely tiny pests that can only be seen through a hand lens or microscope. Their presence is usually made known by the extremely itchy welts they leave behind.

Spanish moss had many uses back in the day. In fact, during the civil war, Spanish moss was used as blankets and saddle pads. It was durable, waterproof, did not chafe horses, was breathable for the horses and was found in ABUNDANCE.

Spanish moss was used right up through the 1960’s as furniture stuffing, insulation, string, floor mats and many more everyday items!

Spanish moss has also proven useful to other creatures. Birds such as Warblers and Oriels often use it to build their nest. In addition, some snakes and bat species make their homes in Spanish moss.

This misunderstood centerpiece of Southern horticulture has gotten a bad rap but deserves to be defended. The next time you see Spanish moss magnificently draped on a majestic towering oak tree – don’t avoid it or plan to remove it. You should just enjoy the texture and beauty that it adds to the lovely scenery that surrounds you.

For more information about various plants and flowers, be sure to consult with one of our horticulturalists on staff, follow The Greenery Garden Center Facebook page, visit us at The Garden Center.

Love The Greenery. Great staff that are very knowledgeable and helpful.
We buy all our landscaping greenery there.